How Many Choices Does Your Story's World Give Your Characters?

Lots of people complain about two-dimensional characters, but I've seldom seen people complain about simplistic societies. Seems to me that you need to weave a variety of conflicting values into your settings -- where your characters can "mix-and-match" the possibilities so they aren't all on the same spot of the statistical curve. Conflict creates more texture by just describing what the characters are thinking.

Yeah, values create the core conflicts in any world -- real or make-believe. Your main characters must believe in something. Their opposition must believe the opposite -- at least some of the time. Then, if your world is changing for some reason like my Half-Elven tales, you can create conflict without anyone being right or wrong. The choices possible in your character's world add to the story's tension and add depth to your story, and the choices your characters build relationships or destroy them.

One problem with too many books: They only have two dimensions, "either ? or non-?. How many times to you see a situation in a novel with many conflicting distinctions wrapped up in the same situation. An example of a multiple-dimension description from a Christian Science Monitor article on women's status in India started me thinking along these lines. The sentence: "Go beyond a strip of high-end boutiques in Delhi, into any alley past a cow resting beneath a tarp, and climb up the stairs of a nondescript building." Modern and old India bump against each other in the same description.

Seems to me this is also true for moral values too. So, where do your primary and secondary characters line up on the issues that create conflict in your story? Do they support your main characters or do they fall somewhere in between, sometimes for them and sometimes against when the main characters make a different decisions? I think the more they disagree with each other and the better you resolve the issues among them, the greater depth you'll create in your story/novel.

Where am I sitting on the continuum at the moment? I'm afraid my writing is too two-dimensional.

But, I'm trying.
###
Sort of, Just for Fun:
Sometimes, I don't feel like I belong in my own country.
Enjoyed this blog ... then, went back to it when I decided it was important enough to retweet and add it here. David Sirota blogs at Salon.com about a few American Icons that Would Shock the Right.

The problem. I consider myself a fair-deal, fiscally-conservative political type. Don't think I have a political party any more. 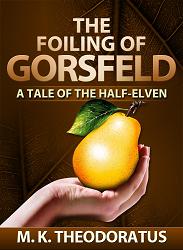 Ta-Dah. Above is the cover for the free story I hope to get up on Amazon, B&N and Smashwords. Still have to get the formatting and editing done, but I'm progressing.
Posted by Unknown at 2:47 PM