'Tis the season to make merry.

without too much hassle.

On the other hand, we've been going though some minor, but time consuming, health hassles, and I won't be blogging for a few weeks. Tried to keep going the previous couple weeks. But. I've found  I don't have the energy to juggle everything. 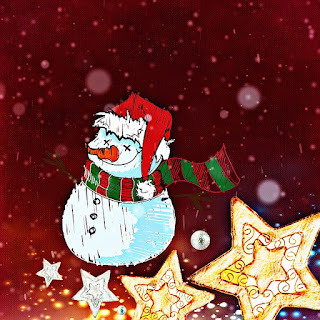 Posted by Unknown at 9:27 AM No comments:

Want an Underdog Doomed to Surviving in a Hostile Environment? 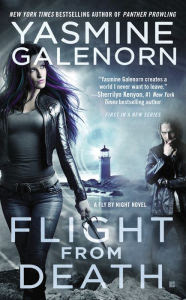 Slow writing week, but I managed to read three books -- given added reading time while waiting for the Christmas cookies [gifts] to bake. Skimmed one book with flat character development but got drawn in by two Yasmine Galenorn books. Flight from Death won my reading derby this week because I thought the characters were more original, even though it's an Otherworld spin off. Maybe because Flight is complicated ghost story featuring a dragon and the other book felt like a predictable urban fantasy.

Galenorn has a talent for creating three dimensional characters. She layers enough quirks and problems on her characters to make them live and breath. More important, their quirks add to the twists, turns, and suspense of the plot--even when the lsupernaturals land well within fantasy norms. Yeah. Galenorn's characters break cliches.

What's more, even her secondary characters stand out as individuals. One example, the all important lore-resource character has flaws that both make him more likable and ratchet up the danger in the plot line when he makes mistakes in judgement So, much for the all-wise guru.  [Sorry if you think that's a spoiler.]

Imagine. Shimmer, an orphan blue dragon exiled to the earth plane without most of her magic for a stupid adolescent-type prank/revenge on a bully, must survive in a world where supernaturals are tolerated on the edges. So, she broke the rules in a society that favors clan, lineage, and wealth above all. But being indentured to a vampire private investigator?????? I really liked that twist. The kid's definitely an underdog, errrr under dragon.

Flight from Death the the first in a new series for Galenorn. Loosely set in the Seattle of her Otherworlds fae/multi-sup series, it looks like she is letting the book gets its legs under it without playing into the previous saving-the-world-from- the-nasties plot. The book takes us to Port Townsend, Washington where ghosts riddle the town, including the house where a former vampire friend of the boss wants to open a bed and breakfast for supes. Only there is something nastier than discontented ghosts haunting the place, and Shimmer proves she more than just another urban fantasy pretty face with attitude.

Liked that Galenorn managed to recycle her Otherworld world so it felt new rather than a rehash.

Recommended. Oh, I felt there were a few missteps where Shimmer exhibited fad/fashion knowledge too subtle for the length of time she'd spent on earth, but these were minor glitches. Overall, the read gallops. A great start for a new series with an intelligent protagonist.


Read excerpts and more reviews on Amazon and at B&N Nook.

What writing?
Granted I revised an originally drafted chapter to fit the Pillar, the current main character of On the Run. Since I had two such chapters in the que, it should've been a breeze to pound out both of them last week. Didn't get that done. Can only blame baking cookies. At least, I spend very little time in stores trying to find gifts for family.

Still, it feels good to finally be using material written last spring when I had an entirely different main character for On the Run.

Posted by Unknown at 9:20 AM No comments: