A Clausterphobic Tangle of Hardships to Be Endured 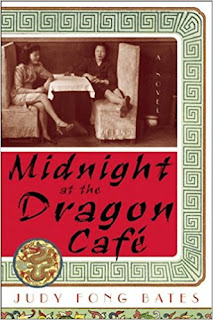 Last week I tried to find something different in my reading pile. I discovered Judy Fong Bates' Midnight at the Dragon Cafe. Lots of good things have been said about this book since it was published in 2005, but the book had surprisingly weak reviews. All the mechanics of good writing a novel were there, but it felt flat to me too.

In one sense, a Chinese iimmigrant family's struggle in small Canadian company town town provides a powerful insight into social isolation and self repression. The family--father, mother, and Su-Jenn/"Annie"--escaped from Chinese Communist rule, only to live in one room above a small greasy spoon diner that catered to working class customers. The parents are estranged, and their main point of interaction is their pride and love for their daughter, who becomes more and more Canadian over the course of the book.

At the same time, the book is more than a routine immigrant rags to relative riches story. The books reads like a tale of peasant endurance, though the mother was originally rich by Chinese standards of the 1950s. It's a coming of age story were the M/C's childhood blinders fray under disappointments and tragedies to grow into understanding and acceptance. The clear, uncomplicated writing style reinforced Su-Jen's growing awareness of the secrets around her.

This fictional memoir had me in a bind. I don't think of myself as an emotional person, but I found the story hiding behind a polite, yet tearful mask. Yet, the story felt one dimentional to me. Yeah, I know all about cultural differences and the importance of "face" in Chinese culture. I realize the book was written from a kid's point of view. But. But. But. I couldn't accept that there wasn't some greater depth to the inherent tragedies of the story line.

In short, I found this a non-engrossing book. I appreciated it. But, I had to force myself to finish it, almost like a school assignment. Like I was doing something for "the good of my soul" rather than reading for pleasure and/or insight.

You can read more about the book on Amazon. Sorry, but there isn't an ebook.

Amazon has been getting an increasing amount of flack for their arbitrary review policy--mostly, deleting all accounts which their bots thinks are taking payment for book reviews. Anne R. Allen wrote a recent blog detailing this review policy: Authors Beware: Amazon Gets Medieval on Paid and Traded Reviews. Included is a huge warning about paying for book reviews. More important, if you want to safe-guard your reviews [and maybe your account] you might check out the link.

I actually got new writing added to the third book in my Demon War trilogy. While I'm not doing a "happy dance", it still feels good. I have two chapters after splitting the long first chapter so I could have backstory from both Britt and Cahal from There Be Demons. I also added some action to both of them.

The original chapter is now Chapter 4 and is in need of some major editing. Can't wait for a badly wounded Gillen falling through Britt's old apartment door. 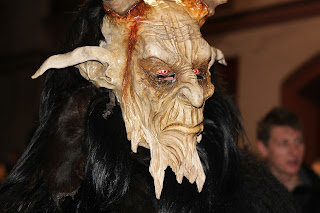 The next big decision is what happens when Britt hauls Gillen off to Crossings ,where her Granny Nan's house is located. I think I've already decided in the back of my mind that most of the chapters will be from a grown up Britt's point of view.

Oh, yeah. Vetis and Grylerrque have prominent places in the story line. Basically, I'm going to have three romatic couples. How I'm going to write that I don't have the slightest idea. I don't do relationships easily, especially when they turn "smoochie".

The picture above was in some stock art I bought rights to. One of the busy-work things I've got to do next week is to find the contract to see if I can have the pic photoshopped to reflect the image I described for Vetis who is one of my brief viewpoint characters in Rendezvous.

Oh, a heads up. Wooden Pants is doing a 99c special on the There Be Demons ebook on 27-8 April and 1 May. I know it's going to be on Amazon. You might see if the price also changed on kobo/Rakuten and iTunes/iBooks.